This artwork is inspired by the memories of Elena’s homeland: Siberia, a vast territory rich in resources, with its dramatic history. A place used for centuries by Russia for the extraction of natural resources and as a land of exile for criminals and unwanted by the regime. These two interrelated processes have formed the industrial landscape near cities and towns. After Perestroika, the industry remained abandoned in many areas, leaving an extraordinary ground for observation.

A black garbage bag symbolizes desolation for the artist, the abandonment of his own territories, the absence of the human being who leaves only the trace of him behind.

Reported in eyewear design this object, the black garbage bag, becomes an almost paradoxical symbol, in fact, when we talk about design we all imagine something used for life, something beautiful and pleasant. This time, however, a black bag becomes beautiful (thanks to the design), which nevertheless remains a witness to a sensation of disturbance. 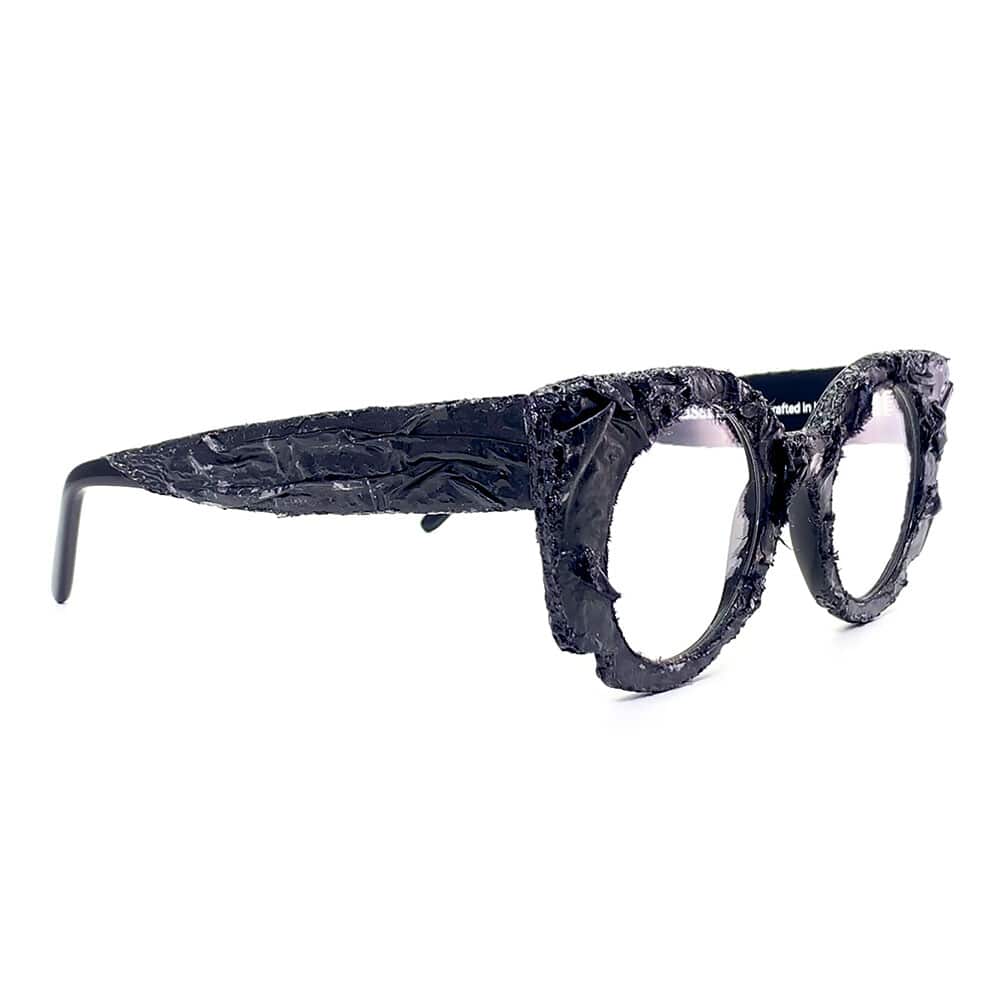 Lena Shaposhnikova was born in Irkutsk (Russian Federation) in 1990. She graduated from the Irkutsk State Art College, and in 2013 graduated from the Irkutsk State Technical University at the Faculty of Architecture. In 2014 she began her study at the Academy of Fine Arts in Florence at the school of Prof. Adriano Bimbi, and finished in 2018 with top marks. Her artistic path passes between two worlds: the Siberian reality, with all its radical judgments and the free and comprehensive Italian one. This real duality emerges in works as a form of good and evil. She currently lives and works in Florence.