Wonder emerges from the aesthetics of the grotesque – which, apart from its stylistic features like deformation, carnivalesque exaggeration and weirdness, was a means of expressing resistance against dominant notions of power.

Its form rather overtly evokes the female reproduction system. Throughout history, it has been subjected to all sorts of manipulations, misappropriation and abuse. This trend has long been sowed the seeds of false and at times offensive ideas about women in general. A prominent theory that contributed to consolidating these kinds of beliefs was the concept of the “wandering womb” – the source of ‘female hysteria’. Wonder, in its hyperbolic manner, wanders the womb all the way up to one’s face – and demonstrates the urgency to question the series of convictions that have defined social roles imposed on women.

The choice of wool as a principal material brings up the cultural associations of this medium with domestic crafts, which used to be the only creative field allowed for women. The consequences of being patronised and pushed to the margins are real and material and have long-term effects. By focussing the lens on the carnal reality, Wonder calls one to own it and to say clearly: ‘My body, my choice’.
Iwona Soczewka 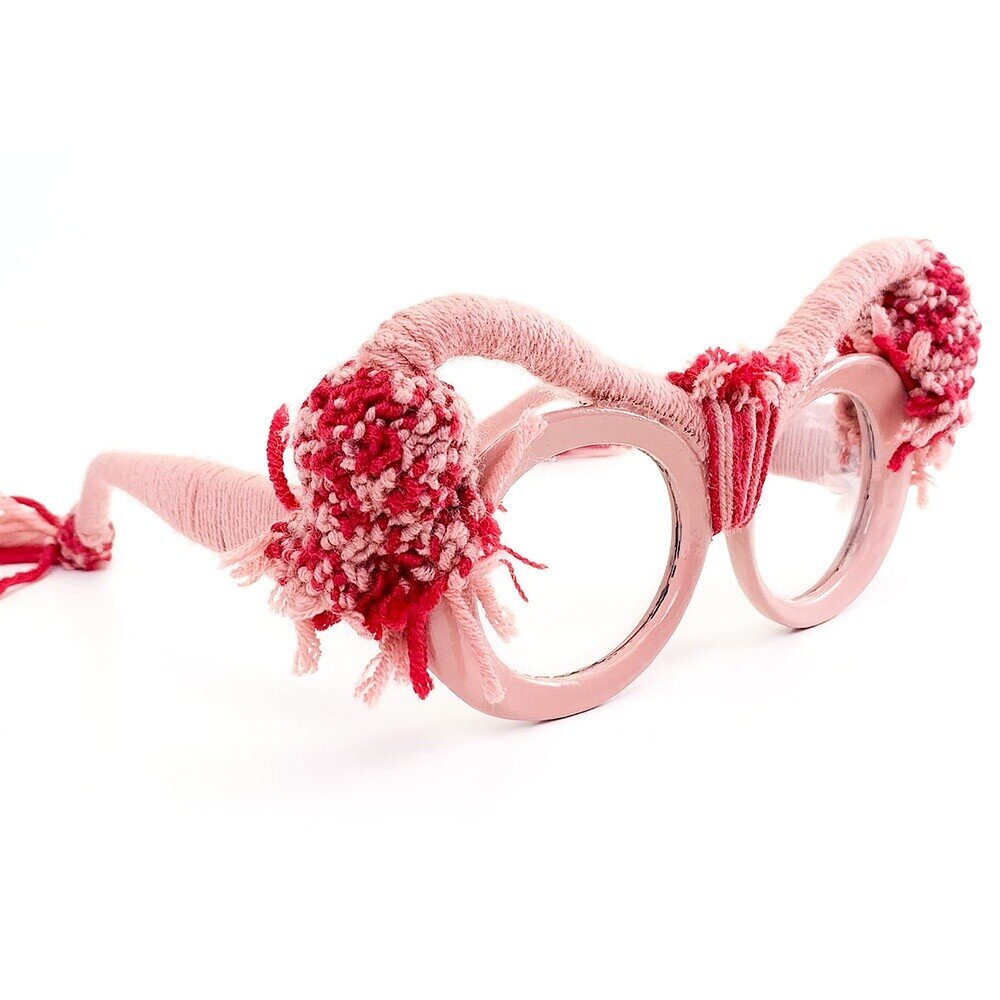 Iwona Soczewka
Iwona Soczewka, Poland. She is a multidisciplinary artist trained in Design for Performance at Central Saint Martins – University of the Arts London. Iwo began her artistic activity as a set and costume designer, and also a performer, collaborating at international events and festivals: The House of Fairy Tales (London), Malta Festival (Poznań) and Terni Festival Internazionale della Creazione Contemporanea.

Soon after, her practice expanded into illustration and graphic design, and was incorporated into front-end development and web design projects. Most recently, Iwo has experimented with natural materials and earth architecture informed by her set design experienced and ecological sensibility.